Lepidoptera (butterflies and moths) and other insects

The first thing you probably notice are insects with a focus on moths and butterflies.

They provide a wide range of environmental benefits, including pollination, natural pest control and serve as an important element of the food chain and as an indicator [see below for more explanation] of well-being of the ecosystem. Without the insects our world wouldn’t exist and there is so much interesting facts about, e.g. did you know that: 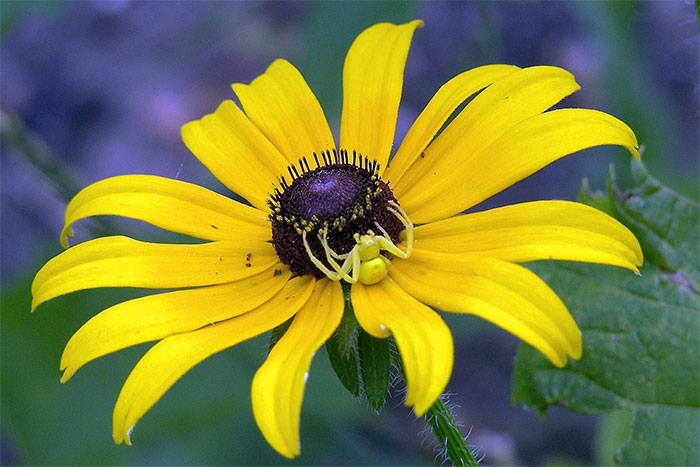 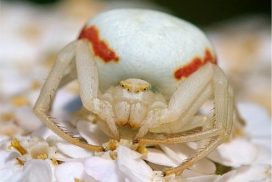 The second thing  you probably notice is the title.

Sentinel species are organisms – animals [and plants], used to detect risks to humans by providing advance warning of a danger – environmental hazards. Some animals can act as sentinels because they may be more susceptible or have greater exposure to a particular hazard than humans in the same environment.

Butterflies are very good bioindicators of environmental degradation and biodiversity, because they are extensively studied across time and have relatively short life cycles therefore respond rapidly to changes in ecosystem and climate variations.

Sentinels are also a group of my DIY analog electronic instruments, based on a theremin electronic circuit. They were developed to be used in my female noise collective Kikimore and to be assembled on my workshops for youth and adults. 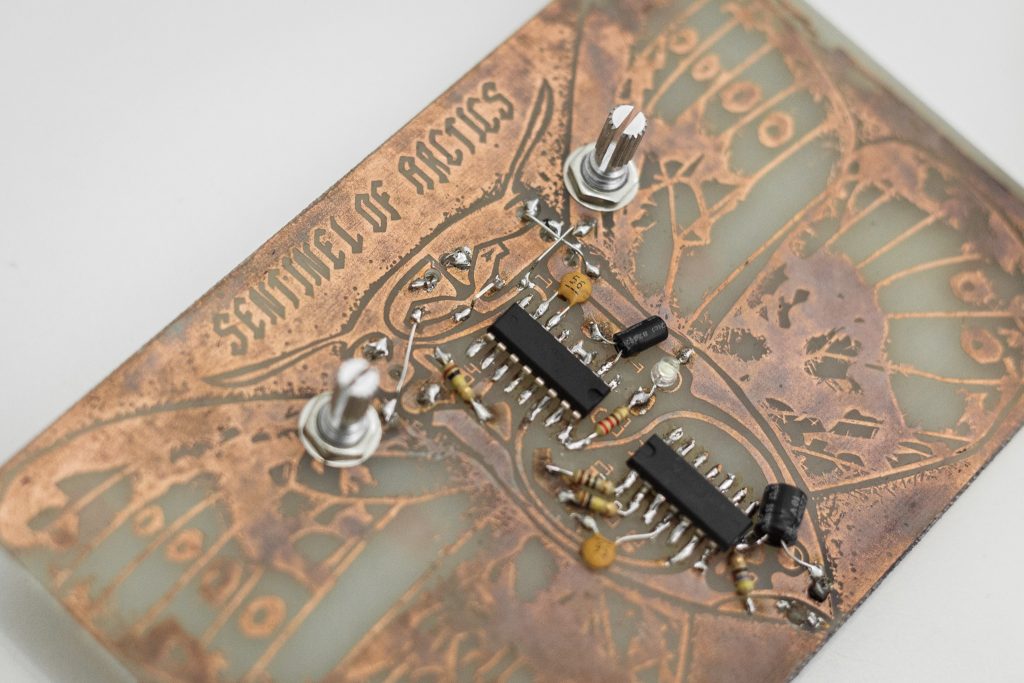 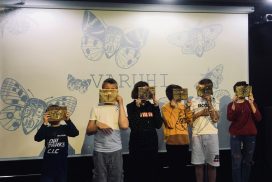 Sentinels describe the life cycle of an endangered Mountain Apollo butterfly as the protagonist. It is set in the Slovenian mountain meadows. Amid a group of Apollos, one emerges with damaged wings. As the frightening night closes in, she is surrounded by peculiar creatures. However, these creatures are not there to hurt her: moths encircle her and project beautiful patterns in the night sky as the firefly light reflects on their wings and the flower spider sews the butterfly’s damaged wings with silky threads. The next day the butterfly flies into the day without any concerns, but unfortunately the summer weather in the mountains is very unpredictable. Apollo protects the eggs from a storm with her new wings. The life cycle continues.

Although it might seem the antagonist, the spider, is there to hurt her, the only enemy is actually her mind. Flower spider sews her wings and she gains hope in this world and continues to pass on good deeds.

I am broadening the inclusive part into two areas. The first inclusive part expand to the the endangered species. Animals cannot speak for themselves in our world, therefore I am giving them the opportunity to be seen and heard. Our actions are damaging their ecosystem and insects are overall an endangered species because of the windshield phenomenon (or windscreen phenomenon) – fewer dead insects accumulate on the windshields of people’s cars since the early 2000s.

The protagonist in my story is the endangered Mountain Apollo butterfly, which lives in hilly, flowery alpine meadows and pastures of the continental European mountains.

Eggs are shiny or pearl white in color with a texture resembling the tip of young corn.

The larvae are velvety blue-black having small orange spots all over. The caterpillars of the species sport orange circles as well. When the caterpillars are fully grown, they pupate on the ground. The pupa is white with black venation-like patterns.

The full-grown butterfly has on the forewings five rectangular large black spots, usually from four to five. Lower wings are adorned with red circles outlined in black on wings that oscillate between pure white, yellow, grey and cream background. These eye-spots resemble Knafl way markings in the mountains. 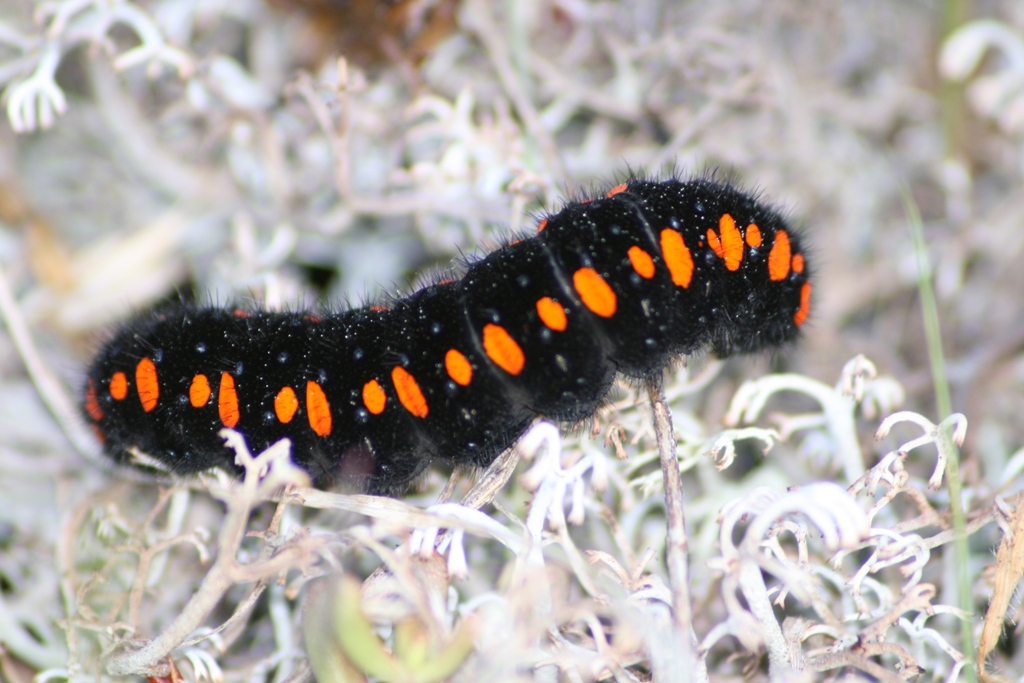 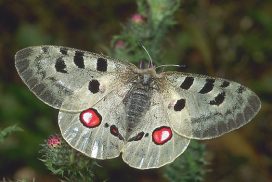 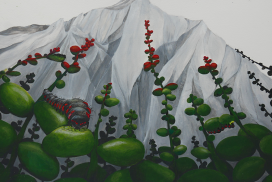 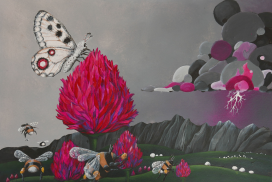 Aid for blind and visually impaired

The second inclusive part of the story has its roots in my previous work – DIY electronic analog instruments which also enable blind and visually impaired people to play the instrument.

First there were Sentinels as DIY analog electronic instruments, then there was Synth Library in Prague, where I was developing an instrument for blind and visually impaired to learn about Lepidoptera and teach them about electricity and the soldering process. This book is an attempt to expand my work and give the reader, or rather user a wholesome package:

In the below video you can see and hear everything explained in a nutshell.

For any further questions I am available: